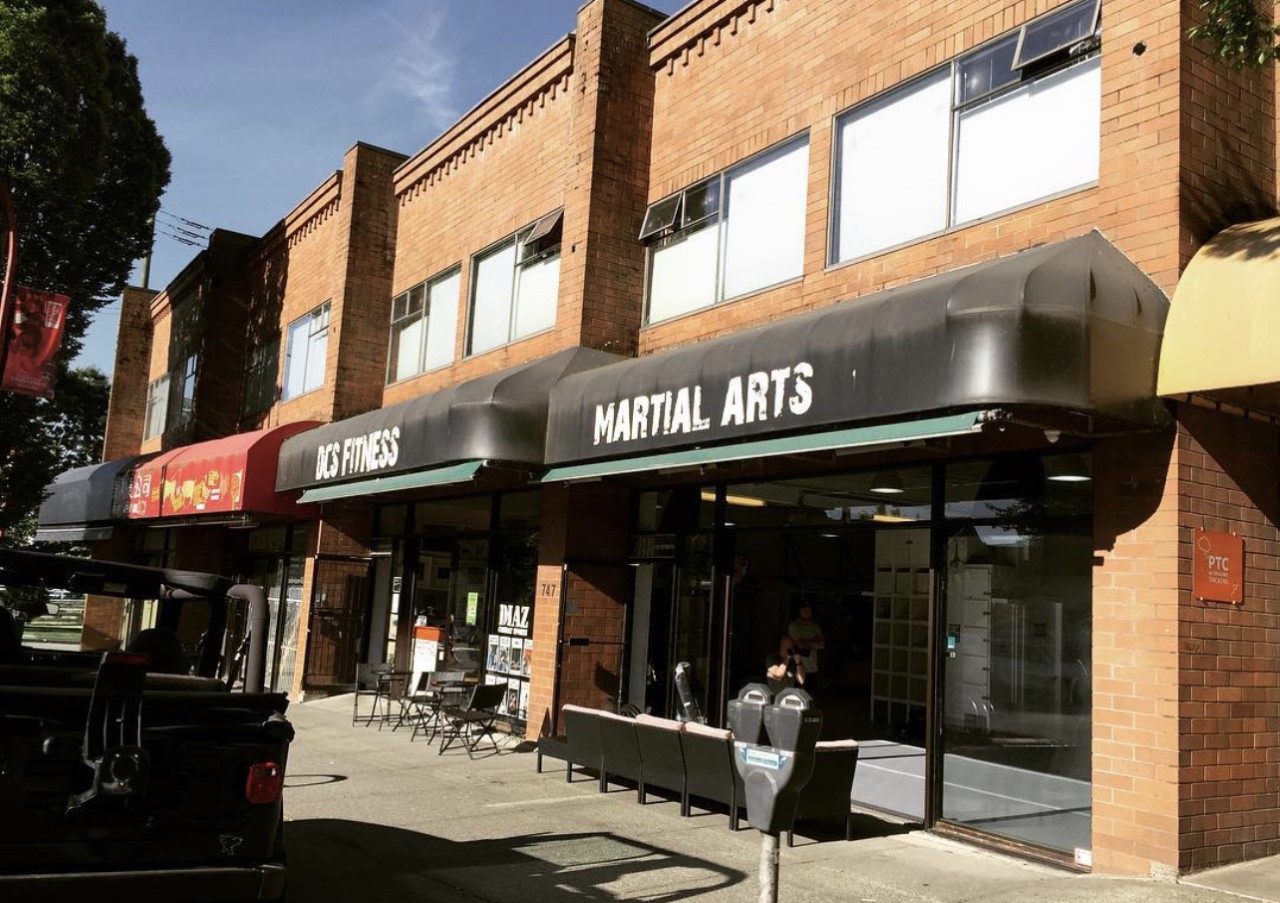 “DCS started in a small two car garage. It was a place for my friends and I to train together. That part hasn’t changed. I just got a lot more friends now.”

When DCS started in my basement it was my brother, his girlfriend, my cousin and our friends training with me. I would train and everyone would train with me and do what I did. There wasn’t much teaching on my part, everyone just did what I did.

At this point in my life I wasn’t living in Vancouver. I had moved to the U.S., after living in Thailand, to pursue my fighting career. During my visits to Vancouver everytime we would train and everyone loved training with me. After training, they would always ask me when I was going to open a gym in Vancouver and that it was absolutely something I had to do as Vancouver needed a real world class facility on par with the best in the world.

In 2012, I fought my last fight in One Championship with the event being held in Manila, Philippines. After a 18 year career in fighting, including over 50 Professional MMA fights all over the world it was time to decide what was in store for the future. There is a saying “When you can DO, when you can’t TEACH.” As it felt like I was done fighting it was time to teach.

We decided as a group to take it more seriously and we started renting the basement suite of a fitness gym once a week. I remember it clearly we would rent their basement every Friday night to train since we no longer have our two car garage. It was the same as my garage, a group of us would train, they would train with me and do what I did. The owner was nice enough to let us store our mats in the corner during the week. Then on Fridays we would set up our mats on the floor prior to training. Training was by donation as we had to pay to rent the place. At the end of training we would put out a shoebox with a cutout hole on the top and ask anyone for donations to help pay for the spot. We still have that shoebox in our current compound for safe keeping lol. One day our little group of 8-10 people turned into 18 people. That day I remember saying to myself, “Ok no training for me today, I have to actually teach this time.”

We as a group decided that we needed more than one day of training. So we went three days a week Mon, Wed, and Fri. At this time I was still living in the U.S. and when I was in town I would teach the classes. When I was not able to teach due to going back home, Ronnie would teach. Ron Jovillar is a true OG of DCS, and was there right from the beginning. Ronnie and I had met as children. We knew and hung out with each other since we were 12. We had not seen each other during our 20’s and we got re-acquainted at my tattoo artist’s studio as he had begun working there himself to become a tattoo artist.

One day on a visit to Vancouver, while I was getting tattooed, I took a break. Ronnie and I went to the corner cafe to get a coffee. My tattoo artist’s studio happened to be at the corner of our very first official location and happened to be in the same building as our third expansion. Next door to the cafe was a small 2000 square foot crossfit gym, as we walked by we noticed that the gym had done a midnight run (In the middle of the night they packed up all their equipment and took off). At this point I said to Ronnie, “Oh damn they did a midnight run”. By chance the owner of the building had walked out,  heard me and jokingly said, “Do you need a place to rent?”. And we said yes.

After negotiations and the landlords being hesitant at first on trusting someone who was not living in the city to open a brand new martial arts school, they leased us the space. We didn’t have a lot of money to start the gym and we did not have any financial backers. So we took the mats from the fitness studio we were renting from and used them at our new place. Since we couldn’t afford to pay any workers, Ronnie and I spent two months working 8-12 hour days ourselves cleaning up, tearing down, painting and setting up the new place to be ready.

I remember having a meeting with my team, which at the time consisted of 3 of us lol, and we formed our 10 rules of the gym and our mission statement.

“I WANT TO BUILD A NON-INTIMIDATING, INCLUSIVE, SAFE AND FUN PLACE WITH POSITIVE AND ENCOURAGING PEOPLE, A WARM ENVIRONMENT AND AN ENERGY LEVEL LIKE NO OTHER. HERE WE ALL COME TOGETHER AND PUSH ONE ANOTHER TO BE BETTER INDIVIDUALS WHILE LEARNING MARTIAL ARTS AND FITNESS.”

This mission statement has proven to be the heart of DCS and what has really enabled us to succeed as we strive and work hard everyday to achieve and maintain this goal. On February 22nd, 2015 which happened to be Chinese New Year, we had our grand opening party and had our first day of classes the very next day.

Those first months were something. We barely had any students and would wonder if anyone would even show up to class. Our pamphlets, our website and marketing were very amateur to say the least, especially how things are today. We would sit outside the gym and literally talk to everyone that walked by and offer them to try a class. We would even try to get them to come in right then and there. We had days when it would literally be one person to show up to class. No matter what, if it was only one person we still ran the class. In the beginning, I was still living in the U.S. and the original plan was to go back and forth for 7-10 days teach in Vancouver then go back home to the states for 3-4 weeks.

But in the first month we already had 40 members and by the third month we were at 80+. So that plan changed very quickly.

3 months after we opened up, a nearby Kickboxing school shut its doors. At this point many of the students at that gym joined DCS creating an influx of members. At the same time they had a Jiujitsu program that needed a home. After negotiations with the leaders of their program, DCS had a new Jiujistu program.

Another month after that local star athlete, Olympian and World Champion Boxer Manny Sobral decided to join in on the fun and help teach and start the boxing program at DCS. With a world famous Boxing Coach, Skipper Kelp from Las Vegas, Nevada the DCS Boxing program at DCS was born.

After one year in business we were over 200 members. Into the middle of our second year we knew we were outgrowing our little 2000 square foot facility, as we were nearing 400 members, and we needed more space. We negotiated with our neighbours, a bike repair shop, and reached a deal in which they would leave and let us take over their spot and enable us to expand. End of part 1…